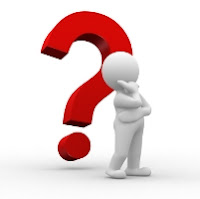 If you search Amazon for “Innovation,” you’ll get over 43,000 book titles with many more ebooks and blog articles scattered around the Internet, many of which I am responsible for. So what are these volumes all about and why so many for such a simple word – Innovation?
The challenge starts with the definition of innovation. Most of the definitions I’ve seen are overly complicated and do nothing other than help persuade the man in the street that Innovation is too complicated and should be left well alone. It can be made complicated but need not be.
The founder of the low cost airline JetBlue said “Innovation is trying to figure out a way to do something better than it’s ever been done before”. And Thomas Edison’s said “There’s a way to do it better-find it”. Which just about covers it all.
So far, so good. Our high level definition opens up innovation, and makes it accessible, regardless of industry sector or function. Let us move on to some basic principles, what I call the Three Pillars of Innovation:

There has to be some element of each of the above for an Innovation to be successful. The big challenge for businesses is to ensure adherence to these key principles on a daily basis. 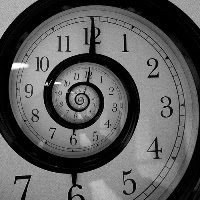 I like this list of paradoxes of creativity from leading creativity thinker Michael Michalko (author of Thinkertoys).
He states that to create, a person must: 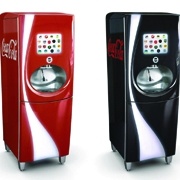 Coke’s new Freestyle vending machine offers a range of up to 125 different drinks and is expected to transform the business through its ability to gather vast amounts of customer data each day.

Coke was aware that the US consumer wanted more variety from Coke’s dispensers than it was providing but they could not foresee how much variety was being demanded.”We initially thought it might be 20 or 30 different drinks,” says Coca-Cola Freestyle general manager Gene Farrell. “The research came back and told us it was more like 100.”

This is a huge leap from traditional vending machines that usually offer half a dozen or so variants out of the 500 brands that Coca-Cola actually owns. “The same research told us that the customer didn’t want a bartender to serve them from behind a counter in a restaurant,” says Farrell. “They wanted to be able to mix their own drinks.”

Coke customers can put together their own drinks combinations using the machine, so if they want to, they can combine the eight flavours of Sprite available in the US, including bitter lemon citrus grapefruit, and lemon and lime. Coke also reacts to feedback. They noticed customers writing on Facebook that there were only two flavours of Coke Zero, so they added the full array of flavours.”

In developing the self-serve drinks mixer, Coca-Cola called in some external expertise in the fields of software, technology and design from the likes of Microsoft, Apple, Ferrari and BMW. That industry collaboration seemed to ensure the Freestyle’s success, according to Farrell. “Consumers love it. We’ve been in the market since 2010 now and we’re seeing double-digit increases in sales. Our restaurant customers are telling us that their Freestyle machines account for increases in traffic.”

All the machines are connected via a wired network and each downloads consumption data by brand and day-part for every restaurant they are in. “We can gather all that data and look at it by region, by customer type and by channel. We’re using that data in different ways. For example, we’ve developed a free iPhone app that allows the user to create their own drink by mixing the choices available. We’re putting a barcode reader into the machine so that it can talk directly to your mobile device,” says Farrell. New products can also be tested via the machines and geographic and lifestyle data can be captured also. No longer is Coke a ‘one size fits all’ product.
This type of thinking looks set to revolutionise Coke’s business, what can it do for yours?

1. Adopt a 'set to break sets' - drive to break fixed patterns and mind-sets
2. Explore the 'givens' - re examine your assumptions
3. Broad picture, local detail - look at the bigger picture as well as 'zooming in'
4. Value play - we learned rapidly like this as children
5. Build up, don't knock down - say 'yes and..' not 'yes but…'
6. Live with looseness - allow a degree of ambiguity or uncertainty
7. It is already there, nurture it - remove the barriers and let it flourish
8. involve others - help develop each other's half-formed ideas
9. Connect and be receptive - be open to idea triggers from elsewhere
10. Know what you really want - be clear about motivation, objectives and content
11. Cycle often and close late - allow for iterations and avoid premature closure
12. Manage the process - pay attention to the 'cast', the 'stage' and the 'script'. If you can't do this find someone who can.